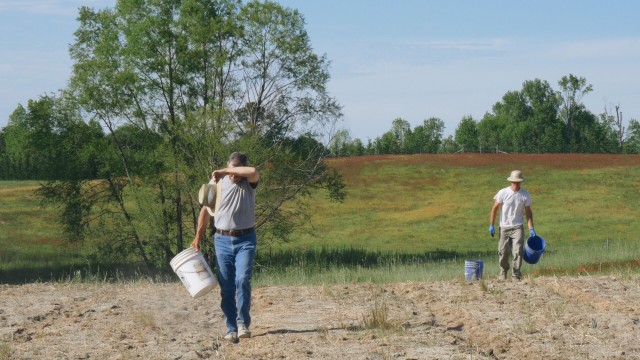 Gifts from the Good Land

The Randles have been running Randle Farms just outside of Auburn, Alabama, since 1975. Frank Randle first planted blueberries before growing to what son Franklin now calls a “predominately diversified farm” and one of the South’s few farms rearing sheep and lambs.The farm is has also been providing lamb to the southeastern Muslim community for over 30 years, and today they even have a small and simple facility on site for patrons who adhere to halal and other traditional butchering.These days Frank has passed on the leadership role to his two sons Franklin, who is the shepherd of the farm’s flock of sheep and lambs, and Zachary, who spends his days growing and tending the farm’s produce. This short documentary film explores the farm, the Randle family, and the role of farming in bridging cultural divides in the Southeast.